Select which section of the chart to view.

If the chart below is too difficult to read, click here to see a printable version which may also be viewed at a larger magnification. 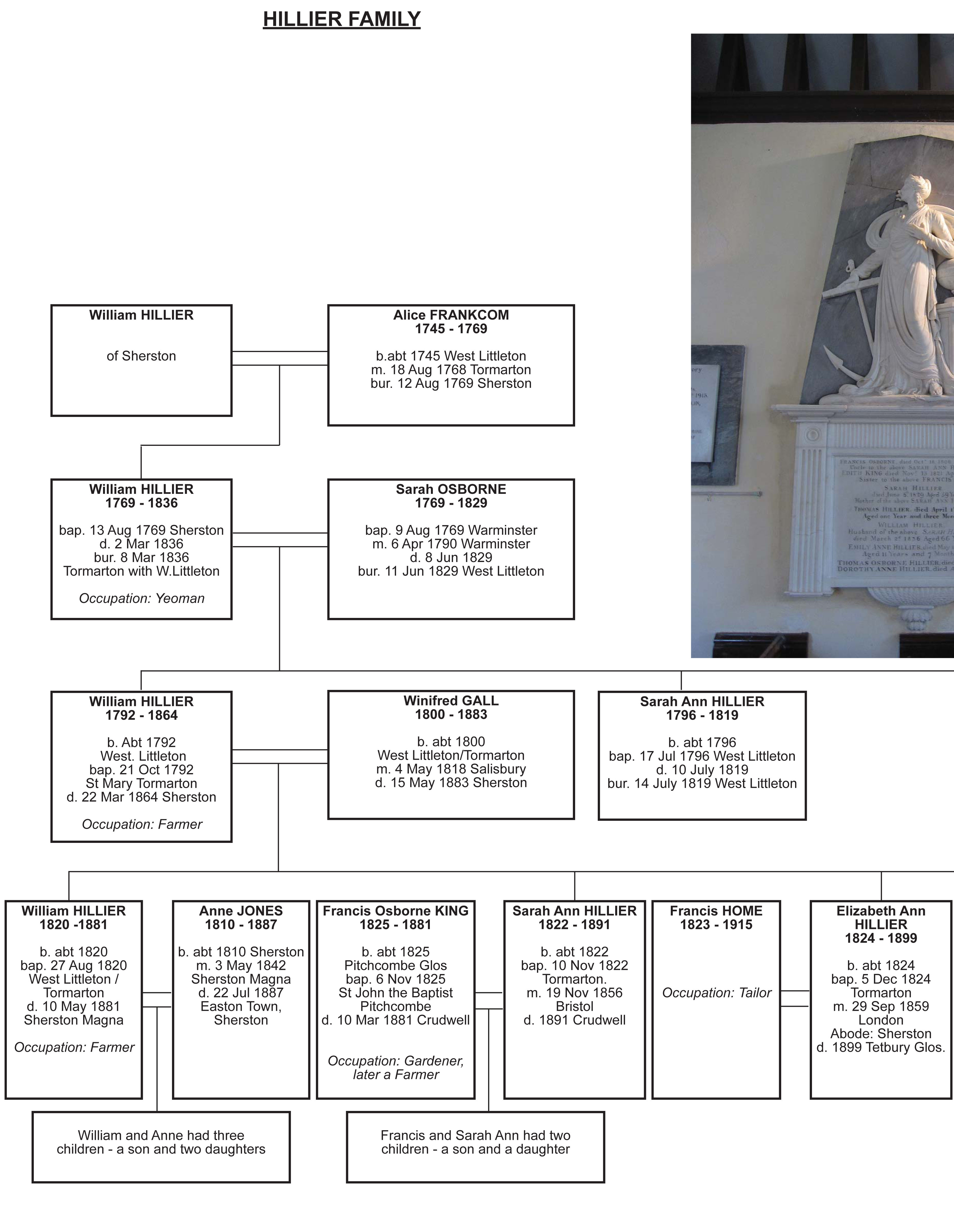 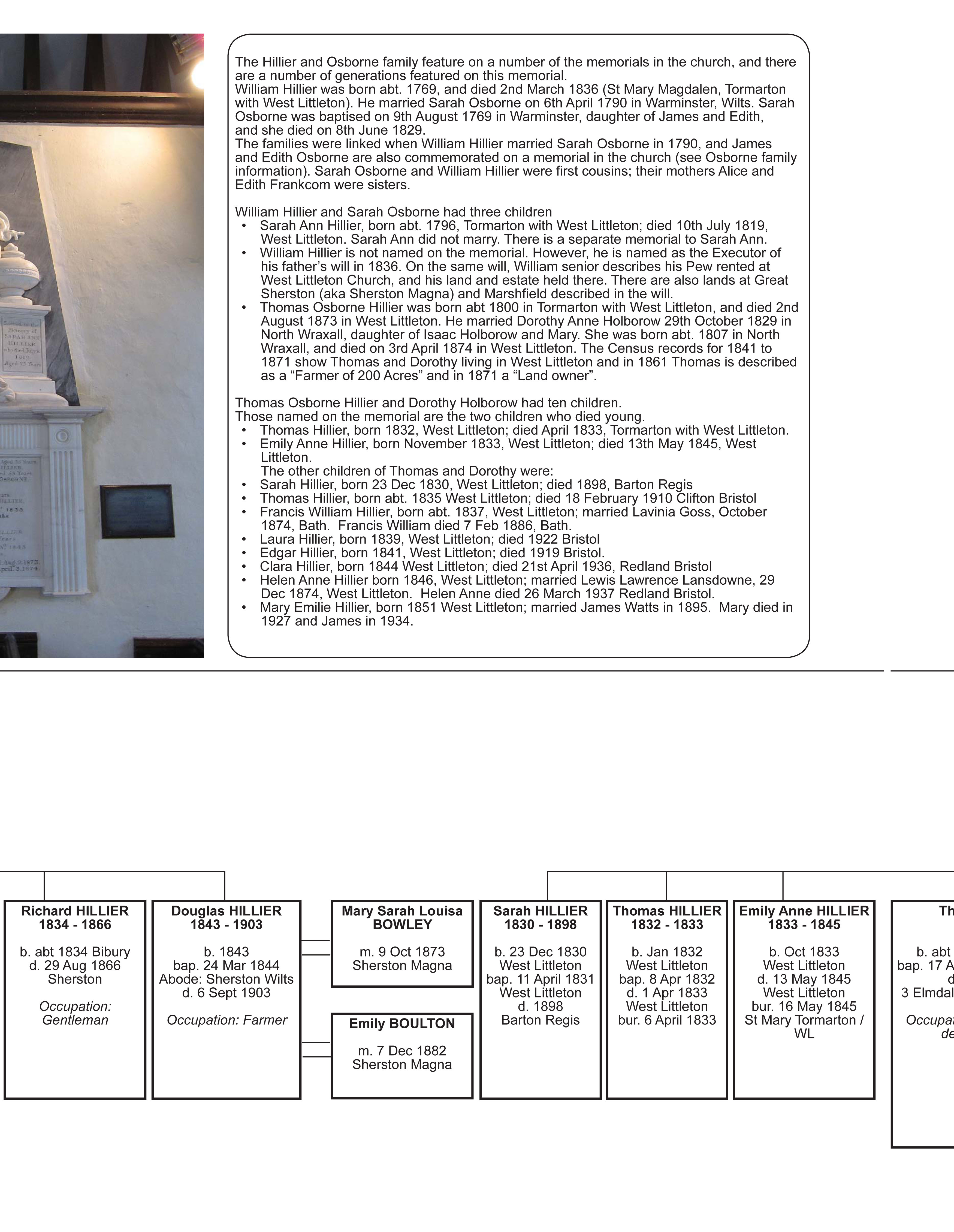 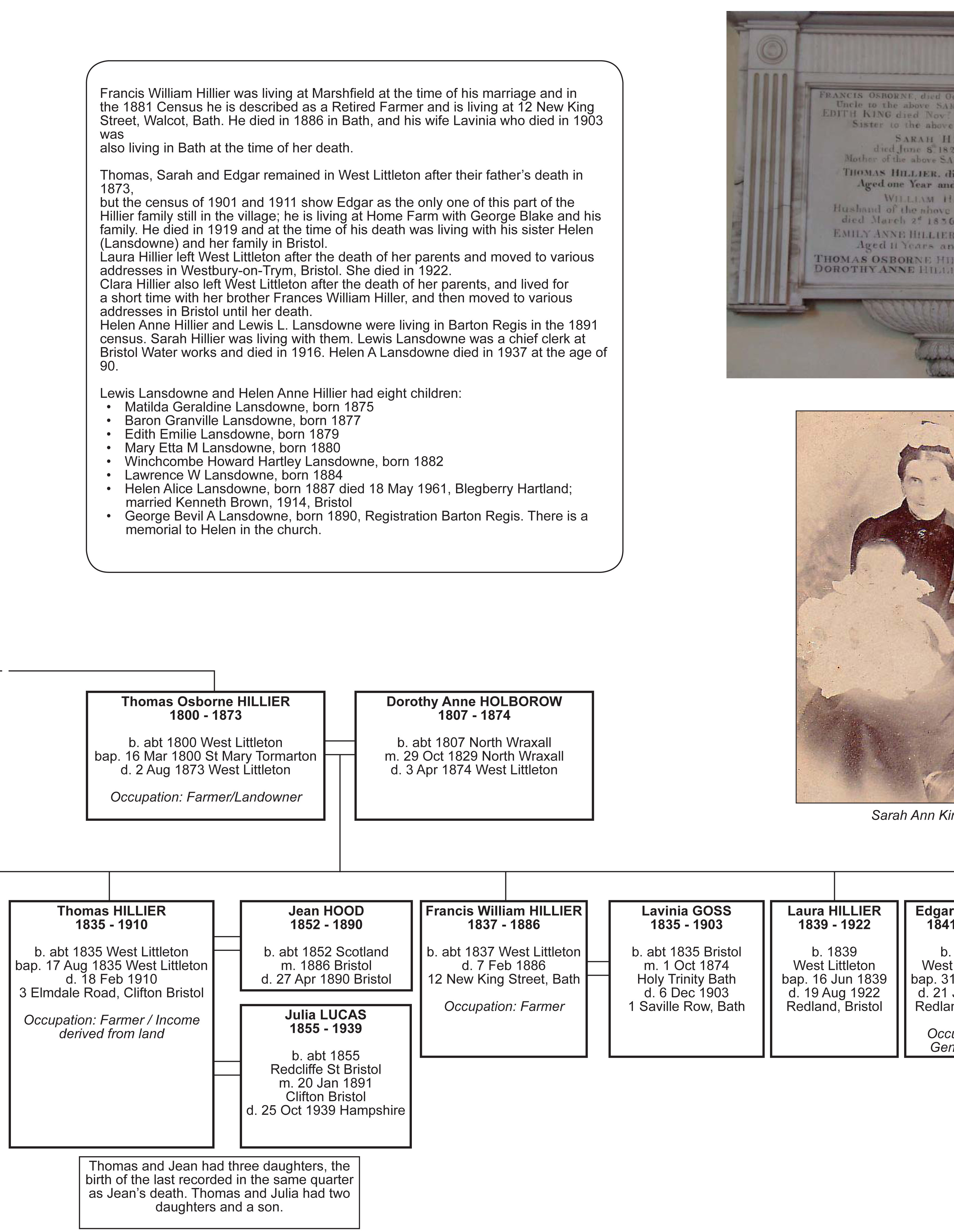 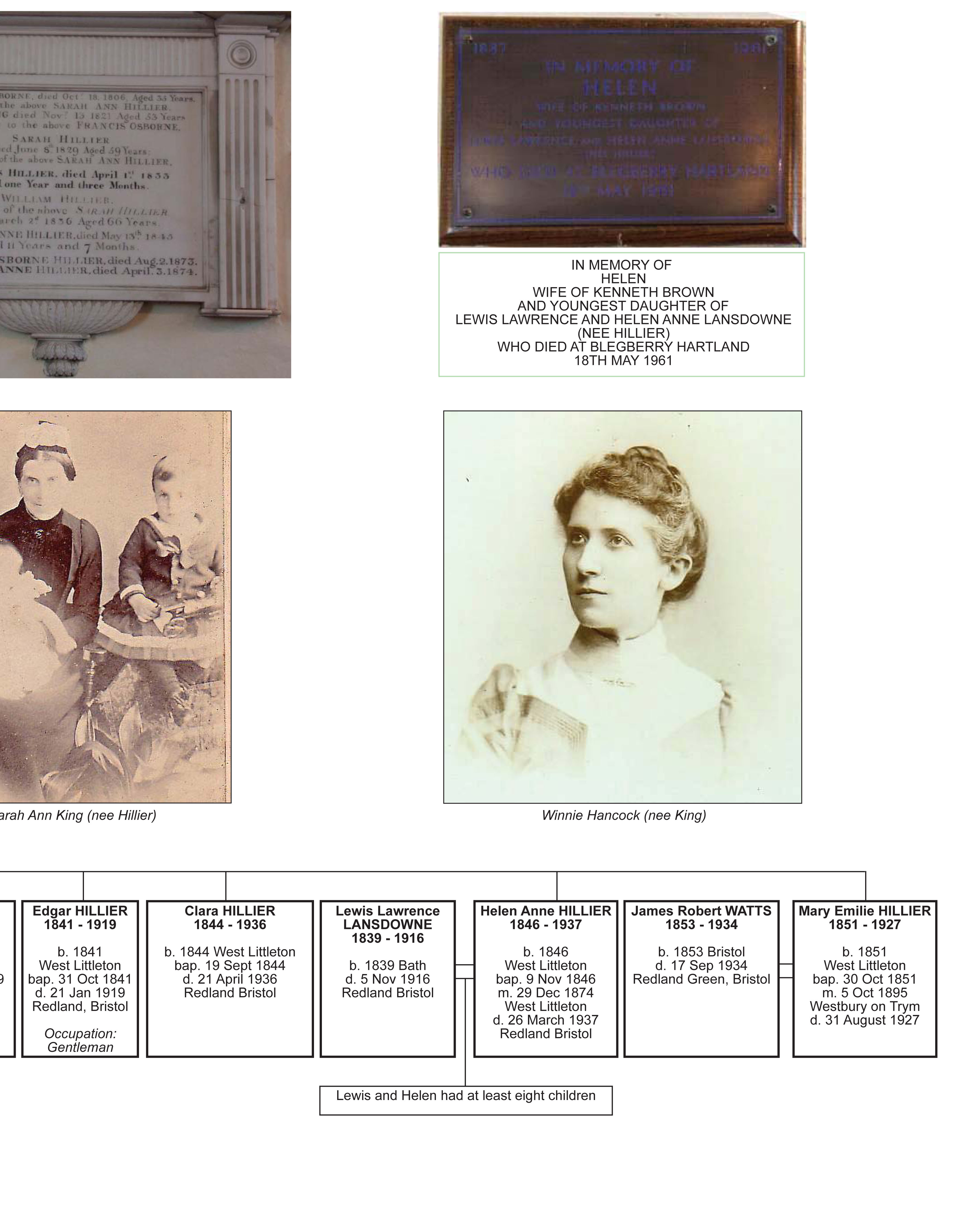 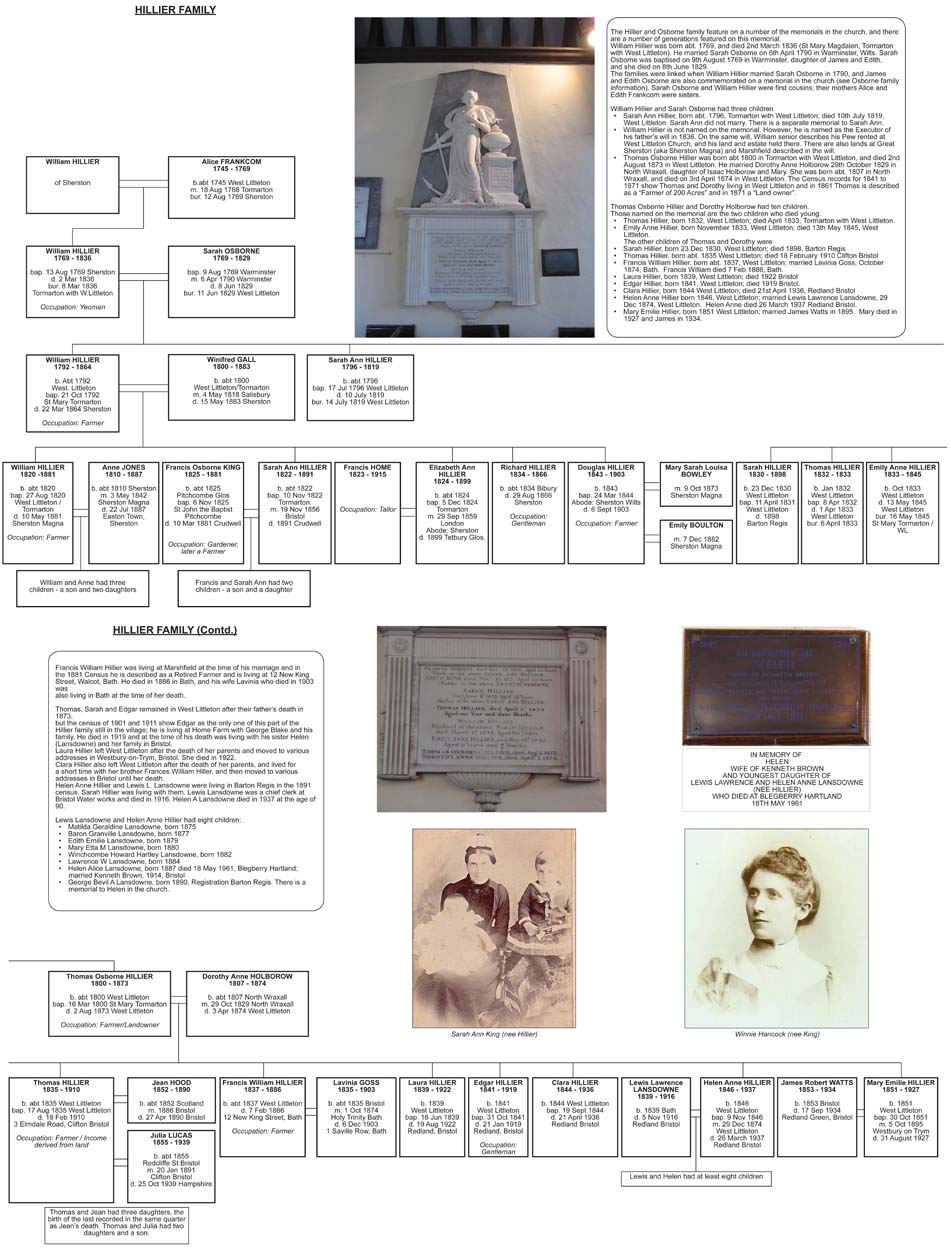 The Hillier and Osborne family feature on a number of the memorials in the church, and there are a number of generations featured on the Hillier memorial.

The other children of Thomas and Dorothy were :

Thomas, Sarah and Edgar remained in West Littleton after their father’s death, but the census of 1901 and 1911 show Edgar as the only one of this part of the Hillier family still in the village; he is living at Home Farm with George Blake and his family. He died in 1919 and at the time of his death was living with his sister Helen (Lansdowne) and her family in Bristol.

Laura Hillier, left West Littleton after the death of her parents, and moved to various addresses in Westbury-on-Trym, Bristol. She died in 1922.

Clara Hillier also left West Littleton after the death of her parents, and lived for a short time with her brother Frances William Hiller, and then moved to various addresses in Bristol until her death, the exact date of which is unknown at this time.

Sarah Hillier is living with her sister Helen Ann and brother in law Lewis L. Lansdowne, in Barton Regis in the 1891 census. Lewis Lansdowne was a chief clerk at Bristol Water works and died in 1916. His wife Helen A Lansdowne died in 1937 at the age of 90. They had eight children:

The memorial plaque in the church reads: